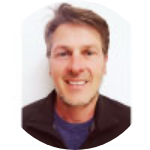 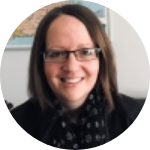 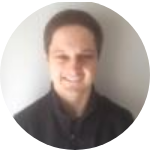 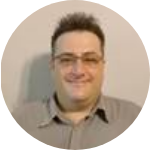 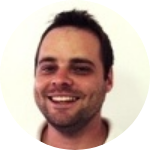 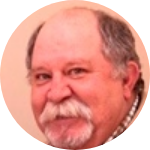 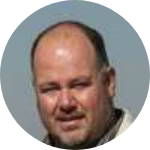 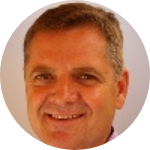 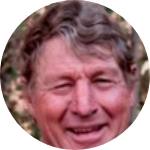 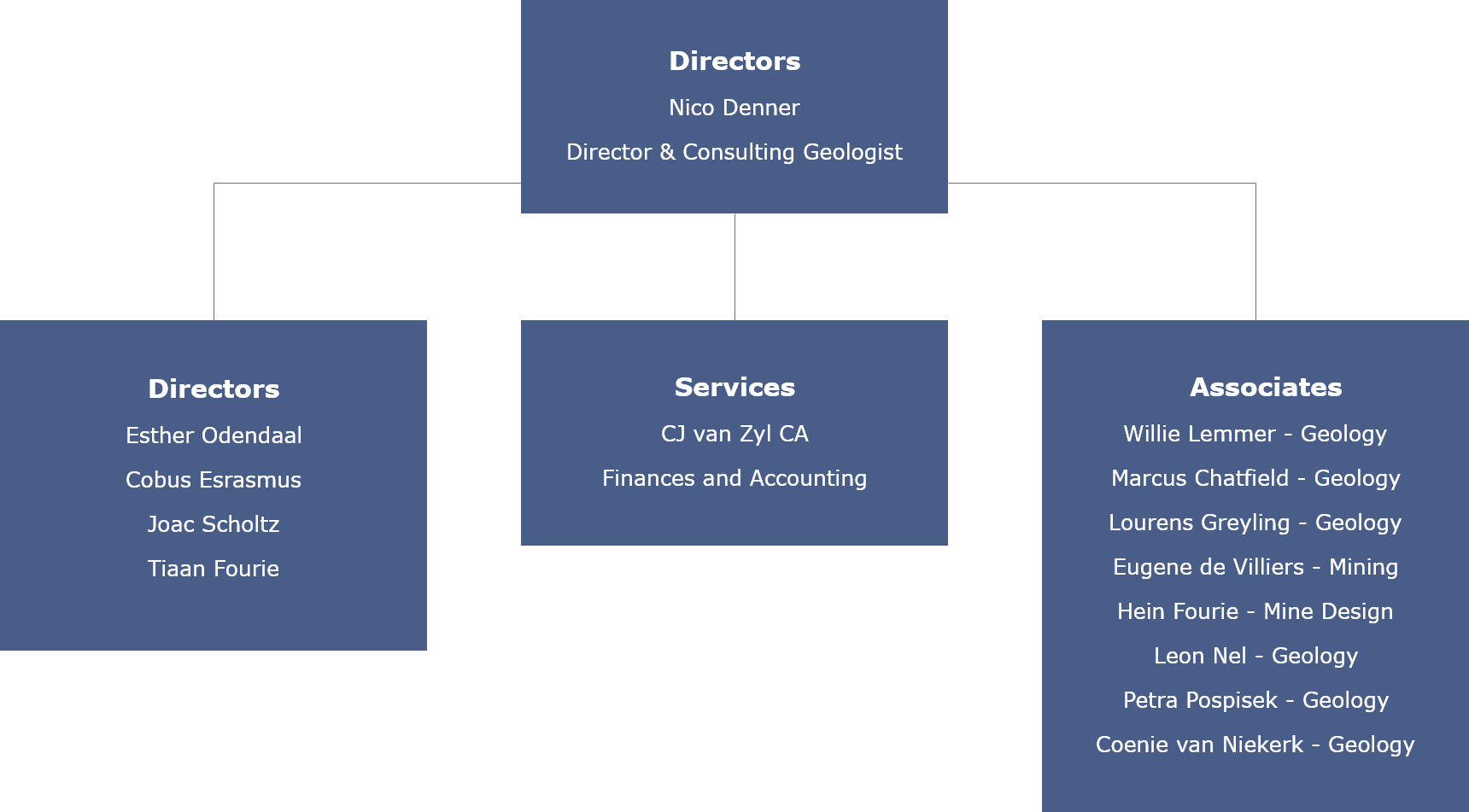 1965 Technical assistant in geophysical exploration with Geological Survey of S. A.

Joined Gemecs as associate since January 2008

Also consulting work on coal for Wescoal since April 2008.

Hein Fourie
Mine Design and Scheduling

He was initially employed by the Department of Water Affairs and Forestry where he was part of a team working on civil construction operations responsible for production, survey and quality control. Major projects he was involved in were the Kakamas Orange River project, and Drie-Koppies Dam in Swaziland.

In 1995 Hein was employed by Moolman Mining SA, working at Wonderwater mine near Sasolburg. As contract planning manager Hein formed part of a project team which successfully planned and operated a combined Strip- and Underground mine for SASOL – Vereeniging coal fields.

In 2003 Hein joined MRM Mining Services as a mining consultant. He was responsible for designing the layouts of projects, geological reserving, and scheduling of production activities of the specific designated projects. He also compiled the required reports for the specific operation.

In 2005 Hein decided to work independently, and continued successfully with his services as mining consultant. He shared and gained his experience in mine planning, both green- and brown field studies, while working shoulder to shoulder with mining engineers, surveyors and contractors. He has also developed mine designs and production schedules for various Mining Consulting companies, as well as for Mining companies, and has therefore built a sound and widespread client base.

Hein joined Gemecs (Pty) Ltd in March 2012. He brings value to the company with his Mine design and Scheduling experience.

Eugène graduated as Mining engineer (B.Eng mining) at the University of Pretoria in 1993. He has done his junior engineering years in the production environment on underground coal mines and underground and opencast iron ore mines and obtained his Mine Managers Certificate for Coal mines in 1996. He left the production environment as Manager mining/Assistant mine manager on one of the Iscor Mining (now Exxaro) coal mines. He has also managed the opencast section of Kriel Colliery for a year.

He was since then involved in the execution of feasibility studies and detail mine designs for various consulting companies (DRA, TWP, ERM, MCS) as well as mining houses (Total Coal, Anglo Platinum, Exxaro, Optimum Coal Holdings, Xstrata etc.) in South Africa (Hard rock and coal). He is also professionally registered with the Engineering Council of South Africa and is consulting in his own entity ECMA Consulting (Pty) Ltd since October 2011.

He has attended various business related courses at the WITS Business School and other tertiary institutions to advance his mining, business and project related skills.

He completed his master’s degree in geology in 1976, the title of his thesis being: The geology of an area North east of Graaff-Reinett in the Karoo, South Africa.

He was employed on the Highveld Coalfields for a period of 3 years as both exploration geologist and mine geologist, gaining experience in coal geology, coal exploration, coal mining (bord and pillar mining, plus longwall), and shaft sinking (vertical and incline). During this period he developed a keen interest in dolerite intrusions and their affect on coal (structurally and quality).

He left Sasol Mining and joined General Mining (Trans-Natal Coal Corporation) to start work as a senior mine geologist in the Witbank Coalfield on both multi seam underground mines (bord and pillar with stooping) and opencast mines, both truck and shovel and dragline operations. During this period he was introduced to coal beneficiation for both the export and domestic markets.

Coenie developed an interest in mine design, mine planning and scheduling and was instrumental in the creation of geological computer models, opencast pit designs and scheduling using a software package called MESCEDES.

He was promoted to the position of Technical Manager at Optimum Colliery and was involved in a number of large projects and was a member of the project team that introduced multi-product mines in South Africa, producing coal for both the export and Eskom markets using double stage coal beneficiation plants.

After three years he was transferred to the Coal Exploration Division as Chief Geologist Exploration, responsible for exploration in all the coal hosting provinces in South Africa, as well as Swaziland. He was a member of a project team that developed a coal logging coding system and was responsible for the introduction of a General Borehole Data Base for the company.

After seven years in coal exploration he was transferred to Trans-Natal Head Office in Johannesburg and was responsible for exploration plus target generation for exploration in Southern African. He visited Madagascar as a team member for a due diligence study of the Sakoa Coalfield in southern Madagascar.

He was transferred to the operational division as Chief Geologist: Small Mines, responsible for the geological function on the small operations – both underground and opencut mines producing coal for the metallurgic market. He developed a keen interest in Low Phosphorous coal and other coal quality requirements for the metallurgic coal market.

He was appointed Manager: Geology Projects and Information Systems in 1994 subsequent to the merger between Trans-Natal and Rand Coal into Ingwe Coal Corporation. His main responsibility was to evaluate new geological modelling software packages, motivate and get approval for the introduction of the preferred modelling package, introducing the package and managing the roll out of the package on all South African Operations and projects in South Africa and Australia.

Since 1996 and after the implementation of the modelling software he became more involved in due diligence studies for mergers and acquisitions, prospecting permit applications and exploration programmes in overseas countries such as Australia (Queensland and NSW), Indonesia, India and South America.

Until 30 June 2006 when he left BHP Billiton Energy Coal, his main responsibilities were:

In July 2006 Coenie joined Gemecs (Pty) Ltd as a director and co-owner to explore his passion for coal geology in the fields of geological modelling, resource estimate, mine and project evaluation and coal exploration.  Coenie was promoted to act as MD of Gemecs from April 2009.

Nico started his geology career as a student in 1991. During his studies he worked on a number of mines, including Gold (Beatrix and St. Helena mine, Freestate gold fields), Manganese (Hotazel, Kalahari manganese fields) and also as field assistant in the Vredefort Dome with Potchefstroom University’s Geology department.

He completed his Geology degree in 1994, with Geology and Statistics as major subjects, and then moved to RAU (Rand Afrikaans University) in Johannesburg to complete his Honours degree. In 1995 he joined Gencor’s (today BHP Billiton) coal division as a graduate geologist. During the next 3 years he worked on several coal and anthracite mines including Koornfontein and Blinkpan mine, Zululand Anthracite Colliery, Douglas and Vandyksdrift Colliery and Optimum mine. Working on these different mines gave him exposure to both underground and open pit mining operations, multi seam and low seam mining as well as coal quality control, structural mapping, exploration, mine geological modelling, production and scheduling skills.

Early in 1998 Nico decided on a career change and joined Lonmin Platinum as Mine Geologist. During the next 10 years of his career he developed up to Mineral Resource manager, responsible for Lonmin’s Marikana operations. In this time he became an expert on the Bushveld complex western limb’s Merensky and UG2 reef horizons with regards to resource and reserve evaluation, production, scheduling and mining methods. He was extensively involved in the planning and management of the ongoing surface exploration programme, annual resource and reserve estimations, life of mine planning systems, underground quality evaluation, mining service and production delivery with regards to quality control, as well as the design and implementation of automated monthly mineral resource systems. He was also part of several project teams and responsible for the technical and resource input for the planning and design of new shaft blocks, new expansion projects, shaft sinking, and shaft deepening projects.

During his time as Manager Geology and Mineral Resource Manager he acted on numerous occasions as Technical Services Manager for both Western Platinum Mine as well as Marikana operations. He used these opportunities to further his leadership and managerial development. In 2002 he completed his MBA studies to equip himself with advanced managerial, strategic thinking, production planning, marketing, financial and people management skills.

Nico joined Gemecs (Pty) Ltd in August 2007. He brings value to the company with his Platinum production and exploration experience, as well as coal experience.

Esther graduated as a geologist from the University of the Free State in 2007 and started working at Gemecs as a field geologist in February 2008. Esther is responsible for the core logging and sampling of exploration boreholes.

Cobus studied at the University of Pretoria and completed his Geology Honours degree in November 2011. From January 2012 to September 2012 Cobus worked at a small geological and environmental consultancy, which focused mainly on coal exploration. During this time he performed basic geological modeling in Surfer, compiled maps in ArcGIS 10 and conducted geological desktop studies on various commodities. He joined Gemecs at the start of October 2012.

Tiaan studied at the University of Pretoria and completed his Honours degree in Geology during November 2011. While he was studying, he joined a small geological and environmental consultancy which focused mainly on coal exploration. He remained within their employment from November 2009 to September 2012. During this timeframe, he performed basic geological modelling in Surfer, compiled maps in ArcGIS 10, conducted geological desktop studies on various commodities and did core logging and sampling on sites in Mpumalanga and Zimbabwe. From September 2012 to April 2021 Tiaan was part of several geological projects concerning various commodities and resources including tin, coal and groundwater. During this stage of his career he remained exposed to the theoretical facet of geology through conducting numerous desktop studies as well as the practical side of geology through undertaking several core logging ventures and geophysical surveys. He joined Gemecs at the start of April 2021.

Joac studied at the University of the Free State where he completed his Geology honours degree in November 2011. As a student, during varsity (January 2008 to June 2011), he worked for the Department of Geology at the UFS as a Demi in various courses to promote in-house training. In 2011 he acted as Junior Lecturer for the first year geology class (period of two months).

We use cookies on our website to give you the most relevant experience by remembering your preferences and repeat visits. By clicking “Accept All”, you consent to the use of ALL the cookies. However, you may visit "Cookie Settings" to provide a controlled consent.
Cookie SettingsAccept All
Manage consent

This website uses cookies to improve your experience while you navigate through the website. Out of these, the cookies that are categorized as necessary are stored on your browser as they are essential for the working of basic functionalities of the website. We also use third-party cookies that help us analyze and understand how you use this website. These cookies will be stored in your browser only with your consent. You also have the option to opt-out of these cookies. But opting out of some of these cookies may affect your browsing experience.
Necessary Always Enabled
Necessary cookies are absolutely essential for the website to function properly. These cookies ensure basic functionalities and security features of the website, anonymously.
Functional
Functional cookies help to perform certain functionalities like sharing the content of the website on social media platforms, collect feedbacks, and other third-party features.
Performance
Performance cookies are used to understand and analyze the key performance indexes of the website which helps in delivering a better user experience for the visitors.
Analytics
Analytical cookies are used to understand how visitors interact with the website. These cookies help provide information on metrics the number of visitors, bounce rate, traffic source, etc.
Advertisement
Advertisement cookies are used to provide visitors with relevant ads and marketing campaigns. These cookies track visitors across websites and collect information to provide customized ads.
Others
Other uncategorized cookies are those that are being analyzed and have not been classified into a category as yet.
SAVE & ACCEPT